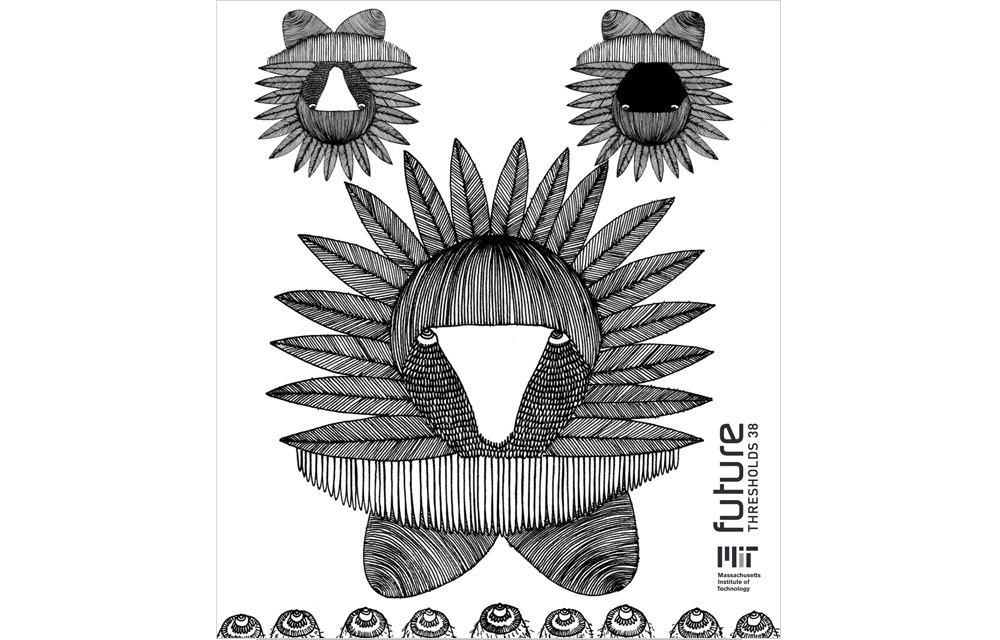 “A myth is a lie that tells the truth,” says Arshia Sattar, Sanskrit scholar and expert on Indian mythology to a group of teenage art and design students from Bangalore entering iGEM, MIT’s annual International Genetically Engineered Machine competition, a synthetic biology legend in itself.(1) We are sitting out on a terrace in Bangalore on a sweltering mid-summer night, eating pizza, and sipping Thums Up laced with Indian rum. It is my birthday.

“An international competition to support future specialists in rational genome designs for synthetic biology;” a press release announces a new synthetic biology competition, the International Rational Genome-Design Contest, GenoCon, launched by the Bioinformatics and Systems Engineering division of the RIKEN research institute. Rationality. That’s the key to synthetic biology. Synthetic biology rejects contextual solutions and disorder in favor of control and rationality. Binary biology. Universal solutions. Predictive not descriptive. “The first self-replicating species that we’ve had on the planet whose parent is a computer,” proclaimed one American character in this story, J. Craig Venter, earlier this month as he announced to the world his lab’s achievement in creating what they described as the world’s ‘first synthetic cell.’

Synbio’s multiple protagonists promise to engineer life into a state of functional order. No gray space here; just black and white promise. We can save the world: through limitless diesel pumped out by safely lab-locked bacteria fed a syrupy diet of Brazilian sugarcane, or by their engineered cousins, just as safe, released into the great oil slicks of dirty technologies to digest their failures. Or so it is claimed. These stories are the myths manufactured to help us get closer to the scientific truth.

Just as in Indian mythology—as Arshia reminds us back on the terrace, horns beeping and dogs barking out in the darkness of the Bangalore night—myths have variants. Synthetic Biology is a story told in different ways by its different characters. Of course, manufacturing myths does not imply intentional misconstruction; this is about metaphor and storytelling, an integral part of science. Imagining promise allows us to fulfill it. This is how science and technology works, how we develop enthusiasm to pursue these imagined futures, how science funding works. We’re always looking towards ‘New Horizons.’

The Irrational Genome Design Contest is a fictional competition I’m inventing right now to add to the synbio myth. But let us start nearer to the beginning. Since the synthetic biology story could turn into an epic, we’re probably only in the first few pages.

Synthetic biology is filled with big, real competitions—the Irrational contest could be another of the intellectual battles. In reality, there is the open source iGEM, where the Bangalore students are headed. Growing exponentially, this year it will host around 150 undergraduate teams from around the world, each entering a novel, engineered bacteria. That translates to nearly 2,000 students being introduced to synthetic biology in 2010. Many of their universities are also new to it, entering the research community through a pedagogical exercise that began in 2003 as a short class at MIT. iGEM’s intention is to fill the Registry of Standardised Biological Parts, a gray freezer located at MIT, with a library of sequences of DNA, each interchangeable, characterised and useful in constructing genetic circuits. These engineering components are known as BioBricks™.

Then there is the Japanese GenoCon, which one of my synbio colleagues passed on via email, adding wearily,“For those of you who think we don’t have enough to do getting synbio foundational technologies established.” GenoCon, is virtual and web-based. Teams will design sequences of DNA for a plant called Arabadopsis thaliana, a model organism, well understood. The challenge: design a DNA sequence that programs this delicate little cress to eliminate and detoxify airborne formaldehyde pollution. These rationally designed sequences (under 2000 base pairs of DNA) will be submitted online; the best will be inserted into real plants, and observed in formaldehyde-rich environments, cultivated in a lab in Yokohama. Sequences may remain secret for those working towards patents, which is what keeps industry away from iGEM’s open source ideology. The winner will be the best-performing plant, or rather, the scientists and engineers responsible for designing it. Even high school teams can enter.

The third is CAGEN, Critical Assessment of Genetically Engineered Networks, being drawn up this year by iGEM founder Drew Endy and Adam Arkin. CAGEN will be a more grown-up version of iGEM for established groups working in biological circuit design. Winners here will get their work characterized (measured) at the National Science Foundation-funded BioFab, Endy and Arkin’s new venture out in Emeryville, CA, the ‘world’s first biological design-build facility’ and the “winner will be selected based on a set of quantifiable metrics.”

But why are there so many competitions? As engineer Theodore Van Karman once explained, “Scientists discover the world that exists, engineers create the world that never was.” Synthetic biology has many compelling, inspiring characters with differing visions, leaders from both science and engineering who are challenging the way we think about life, and potentially conceiving some of the most world-changing technologies yet. From infamous human-genome-sequencer Venter’s quest for the minimal genome (he also sails his yacht, Sorcerer II, far out to sea to scoop up microbes, prospecting choice fragments of DNA), to Endy and the engineers, building libraries of characterized parts based on the ideologies of the Industrial and Information Technology revolutions. Berkeley’s Jay Keasling is engineering metabolic pathways, creating anti-malarial drug molecules and fuel with immense funding from the Gates Foundation, BP and now Total.

There are others creating new systems, like Jason Chin at Cambridge University, creating new languages for alternative genetic codes, George Church at Harvard, engineering new bits of genetic machinery like the synthetic ribosome, and researchers in Europe and elsewhere pursuing the design of protocells—life-like cells made from different kinds of chemistry. What is crucial is that synthetic biology requires inter-disciplinary working, breaking down institutional barriers in funding and research relationships. Synthetic biology’s DIY gene architecture draws its teams of architects from engineering and biology, computer science, chemistry, math, physics and beyond. This is no solo endeavor.

Constructing the complexity of life into biological machines is a massive task, relying on the maturation of supporting enabling technologies like gene sequencing and synthesis. Moving from the bespoke ‘tinkering’ of genetic engineering into the total engineering discipline is a technological as well as philosophical question. “Biology is still complex, but what we are trying to do is much better than what has been tried in the past,” says Cambridge’s Jim Ajioka. But there are still many things we may not be able to conquer. Biology is fiendishly complex, working in context-dependent networks, not simply as homogenous, linear tapes of information. Can we really apply engineering’s central dogma of modularity, standardization, abstraction, decoupling to life? Is biology now just another material for engineering?

Back in the evening heat in Bangalore, Zack Denfeld, an artist working with biotechnologies, suggests, “Synthetic Biology is taking myth and making history.” Synthetic biology is indeed building on a myth, a promise we can engineer life rationally. It’s reverse engineering, in a way. Now we have to make it happen. Whether this can be achieved as promised is to be seen. What will materialize could well be far from the current vision. But, rather than the promise or peril polarity we normally hear about, it could be just as desirable. Within the scientific establishment, there are those who reject synthetic biology. Within the field itself, the different characters sometimes dismiss the other approaches. More than one may come true.

If science is about closing down variables to find the truth, a role of fiction and narrative is to create many versions of the truth, to open up space to find new questions and ideas.

The Irrational Genome Design Contest isn’t about designing monsters, about bad designers and bad engineers or scientists misapplying their skills, intentionally or unintentionally. Rather, it could be an alternative vision for synthetic biology. In synbio, we can strip out everything we don’t need, want or understand and make elegantly engineered, reductionist, clever machines. But when was life ever like that?

The Irrational Genome Design Contest will celebrate irrational design, context-based approaches and even single-use designs. These biological artifacts need not be functional, but they will still be useful to allow us to understand why we are fearful of synthetic biology, what part of our own selves, our own genomes, do we fear compromising.

Back on the terrace, the ArtScienceBangalore team is developing their own myth for iGEM, just like every other engineering team entering the competition. These students have to decide what story they want to travel to MIT to tell.