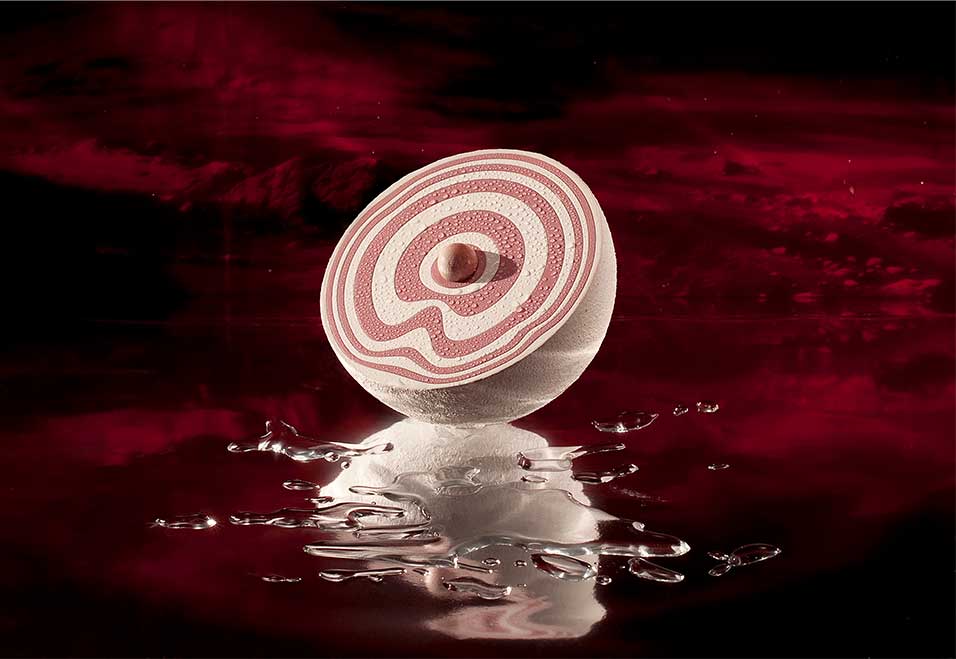 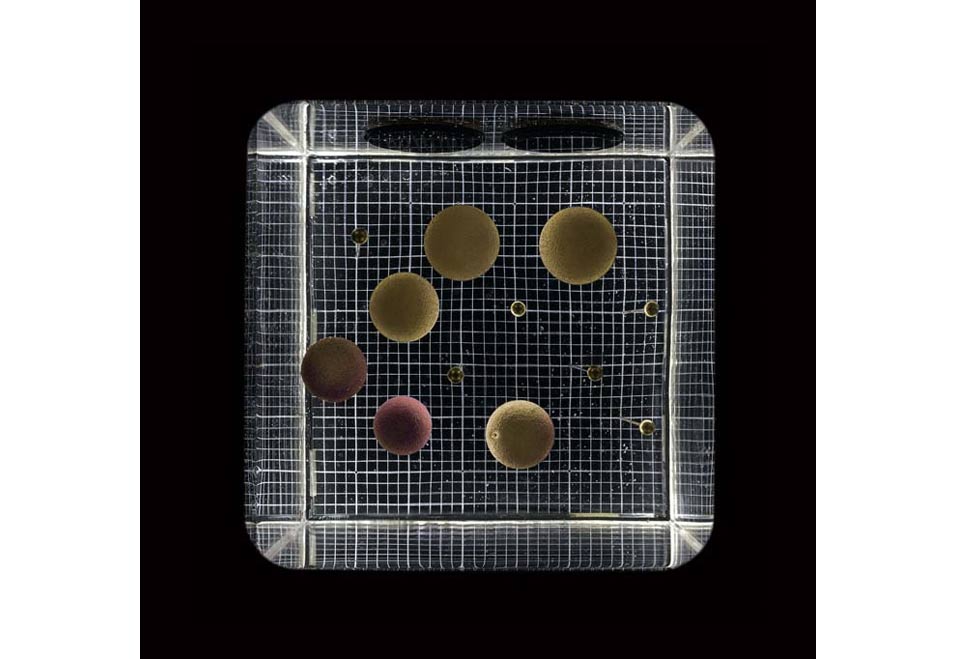 Electrosynthetic growing tank with fruits at different stages of growth. 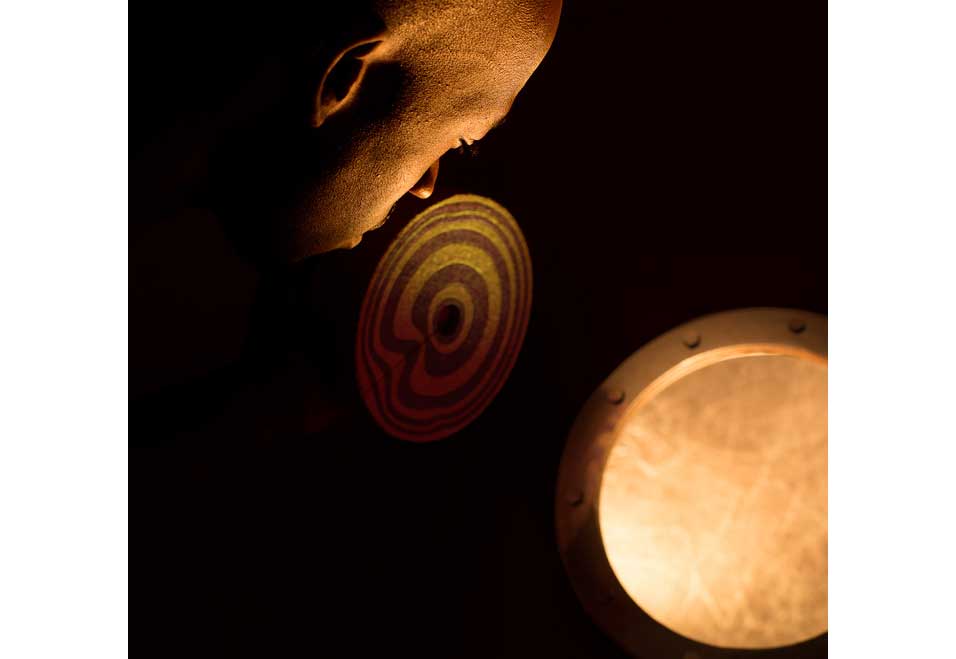 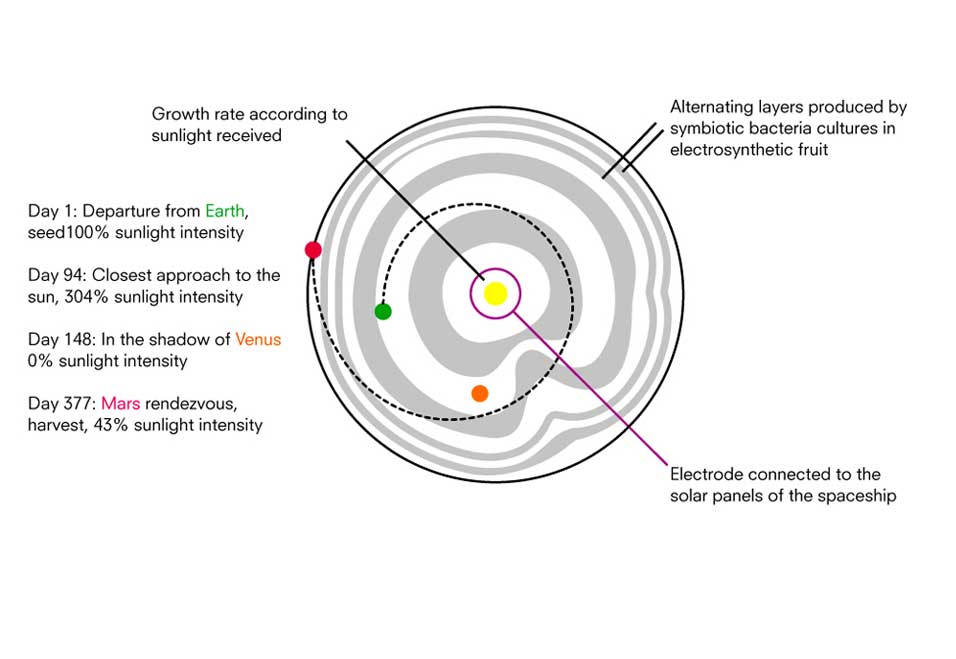 Farming seasons over the voyage: distortions in the fruit's layers are caused by variations in light intensity, which affect the strength of the solar-powered batteries that provide energy to the growing tank. 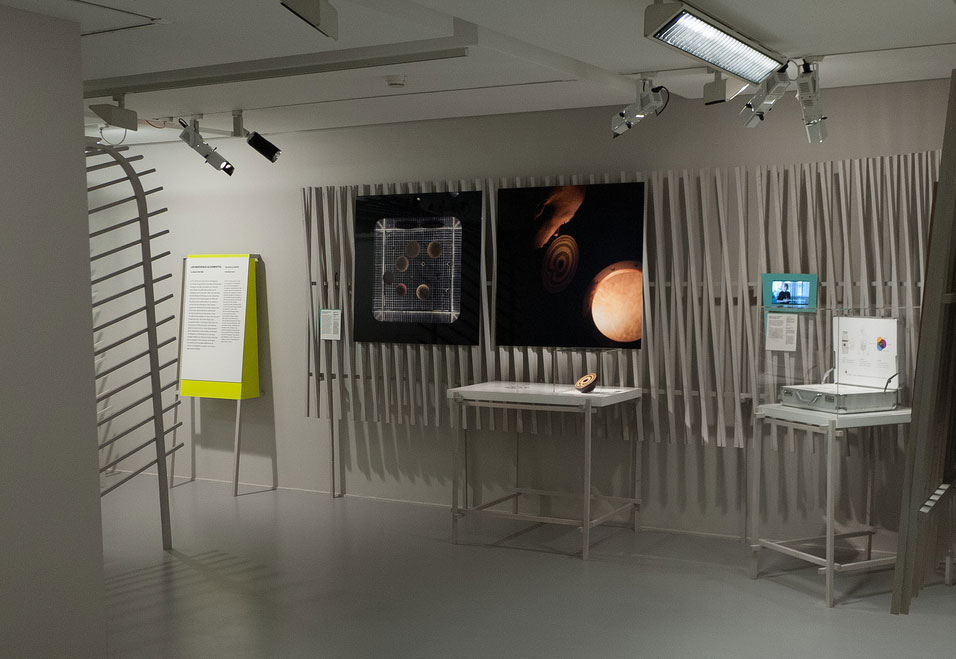 Now scientists and engineers are inventing novel organisms, hoping that future astronauts could farm them on the long voyage to Mars, reducing the 30,000kg of provisions that would otherwise be slung into space. For decades, scientists have imagined ‘closed life support food’ that would purify human waste and recycle the air. But 'mission success' also demands happy astronauts. A thousand-day diet of genetically modified algae may meet stringent engineering demands, but would fail the emotional desires of lonely space travellers dreaming of steak.

Seasons of the Void imagines delicious fruits that are grown from redesigned yeast, gorging on electricity instead of sunlight. As the ship flies away from the Sun, electrosynthesis replaces photosynthesis. Here, farming would rely less on Earth’s seasons than on magnetic fields thrown out by solar storms.

If engineering functionality and human tastes can be balanced, would these designed fruits ever adopt the gloss of space travel, and make GM food more palatable on Earth? The GM food debate may never have been further and closer at the same time.